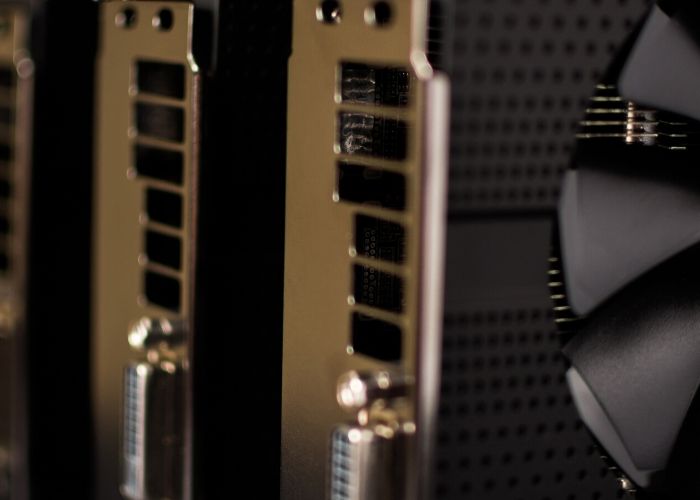 The graphics card, also called a video card, display adapter or directly GPU (inherited from the name of your graphics processor) is an expansion card or an integrated circuit, that is responsible for processing the data sent to you by the computer processor, and transforming them in information visible and understandable to the user, represented on the output device, the monitor.

Currently, we can find two types of graphics cards: integrated and dedicated.

It is known as video outputs to the connection ports that are used to connect the graphics card to the monitor. There are many different types of video output, but only the following are currently used:

A Little History, Why Were Graphics Cards Invented?

The history of graphics cards begins in the late 60s when printers are no longer used as the primary display element, and monitors come into play. The first graphics cards were only capable of displaying a resolution of 40 x 25 monochrome pixels until the first dedicated graphics chips such as the Motorola 6845 appeared.

Later the first video consoles began to appear, and the success of the PC (Personal Computer, home computer) had a great boom, significantly reducing production costs since they were already made in bulk.

In the beginning, the graphics cards that were sold were 80 columns, which added a text mode of up to 80 x 25 characters (not pixels), mainly for CP / M software. Then, the famous IBM PCs that popularized the “interchangeable” design of graphics cards arrived.

The most widespread was the MDA (Monochrome Display Adapter) that IBM created in 1981. This graphic had a visual memory of 4 KB and was able to represent up to 25 lines of text of 80 characters each on the monitor.

From there, a cycle of competition entered the PC market, with names that will sound a lot like Commodore, Amiga 2000, and Apple Macintosh. These teams began using proprietary technology for the graphics card, integrating the GPU into the motherboard. This situation is maintained until the appearance of another member that will also sound to you: the PCI port.

The PCI removed the bottleneck from the previous interface (ISA), and the first professional 3D adapters (S3 ViRGE) began to develop. Massive manufacturing of graphics for PCI sockets began. From there, the industry evolved as we know it today, with the following highlights:

In 1995, the first 2D / 3D graphics cards manufactured by Matrox, ATI, S3, and Creative, among others, appeared. They complied with the SVGA standard but with 3D functions.

In 1997, 3DFX launched what is possibly the most famous graphics chip of all time: Voodoo. This had a vast computing power for the time and added various 3D effects such as Mip Mapping, Z-Buffering, and Antialiasing. From this, several models are known as the Voodoo2 of 3DFX, TNT of Riva, and later, the TNT2 of NVIDIA (after acquiring Riva) was launched.

Such was the power of these graphics that the PCI port fell short, but Intel came to develop the AGP (Accelerated Graphics Port) port that solved the bottlenecks that were already back then.

Between 1999 and 2002, NVIDIA took over the hegemony of the graphics card market (among other things, bought 3DFX) with its GeForce family. In that period, there were a lot of graphic improvements in the 3D environment. The outstanding graphics of those times had up to 128 MB of DDR memory.

Most of the consoles of those times used graphics chips based on 3D accelerator cards. Apple Macintosh used NVIDIA and ATI chips.
In 2006 AMD bought ATI and became a direct rival of NVIDIA in the graphics card market. Since then, the leadership was shared with their respective GeForce and Radeon families, and they continue to this day.

Every year, or at most every two years, new, more powerful graphics cards and new technologies (such as the late Ray Tracing for video games) come to the market that offers us a much more realistic gaming experience.

Back to top
Copyright © 2019 ocaholic.co.uk | All Rights Reserved