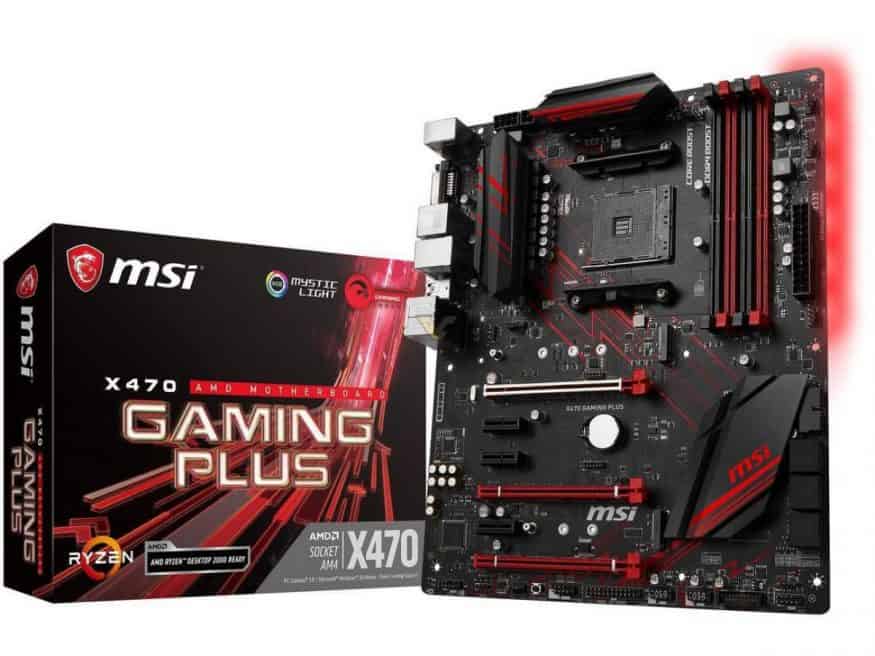 Although CES 2017 has not yet started we’ve already found a few pictures of MSI’s upcoming AM4 motherboards. So far there aren’t too many details available on motherboards for the upcoming Ryzen CPUs, so we’re pretty happy to get our hands on new imagery, especially since one of the boards is a new Titanium, flagship model

At the moment there are no details about the new models and the NDA should lift by the end of February. Nevertheless let’s start talking about what we can spot by just looking at the pictures of the X370 XPower Gaming Titanium. Judging by the screw holes this is an ATX form factor motherboard. Typical for MSI’s Titanium series motherboards, there is a silverish PCB and black heatsinks with silver metal covers. Usually the Titanium motherboards are the flagship models within MSI lineups and we believe that regarding the AMD’s Ryzen CPUs this might be no different.

There are three PCIe Gen 3.0 slots and two of them feature steel reinforcements. Between the first and the second full-sized PCIe slot there are two slots distance providing plenty of space for graphics cards to breathe in the case of multi-GPU setups. On the storage side we see two M.2 slots but no MSI M.2 Shield, which we find rather practical for handling throttling issues with high-end M.2 SSDs.

In addition we see six SATA ports, a U.2 port and an internal USB 3.1 connector. Internal USB connectors appear to become rather popular with the latest generation of motherboards since more and more vendors are adapting to this trend. Since this model should be the one overclockers want to use, there are also features like onboard buttons and a debug display.

The MSI B350 Tomahawk on the other hand is a mid-range motherboard. The PCB doesn’t seems too crowded but there is still a M.2 slot, sitting in between the first and the second full-size PCIe slot, and four SATA ports. Apart from that there are two PCIe Gen 3.0 slots and only one features steel reinforcement. Overall this model doesn’t feature any additional chip.

Back to top
Copyright © 2019 ocaholic.co.uk | All Rights Reserved